Everyone will be aware of what renewable energy is – hopefully. The world that has existed up until the present day has utilised fossil fuels to keep the Earth spinning and industries ticking. However, it remains an undisputed fact that the process of creating energy and products from fossil fuels creates massive amounts of pollution and is a leading factor to why the earth has been observed warming up. Renewable energy solutions present a clear answer to this issue as it is the best of both worlds. Humans receive cheap energy that can power the same things that traditional energy creation methods power, but also has the added benefit of being clean. 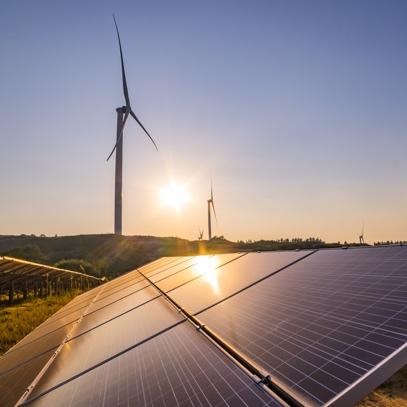 After seeing these differences, many will see that this is the way forward. After all, who would not want cheap energy that does not pollute the planet? Indeed, many might have already seen huge wind and solar farms in the countryside that offer a glimpse of what the future could look like. But why are these facilities not commonplace? Why have coal-burning plants and nuclear power stations not been decommissioned? The answer is simple. The infrastructure for renewable energy is not yet widespread enough to continue powering the whole world instead of traditional methods. This is because of the price of setting up renewable energy facilities. The technology is often complex, which raises costs.

There is a wide range of renewable energy solutions: hydroelectric power stations, wave generators, wind turbines and solar panels. This is great as it offers an option for every climate; a sunny region could utilise solar panels while a cloudy region could opt to use wind turbines. Despite this, one unfortunate fact remains, a good majority of the renewable energy selection relies on the weather. It is notoriously difficult to predict at the best of times, and it would be unwise to depend solely on the power of solar panels for example when the sun can be blocked on a cloudy day. Of course, there could be other renewable energy sources that could take the strain of energy demands on days like these, but again, cost becomes an issue to have multiple different types powering one area. Because of this, we find ourselves in the situation we have now, where fossil fuels are being used in tandem with renewable energy as they are historically reliable and cheap to use.

Although the infrastructure has started to pop up around the world, the reality of the situation is that there are not yet nearly enough renewable energy solutions to replace traditional energy resources. The hope is that a future will exist where renewable energy can be used to power everything including the home, malls, and casinos. You can find some here, instead of relying on energy that will pollute and eventually destroy the planet. Significantly more funding, alongside greater awareness, will be required to make this dream a reality.

While renewable energy is the way forward, we still have a long way to go before we can finally stop relying on oil and fossil fuels to keep the world spinning.